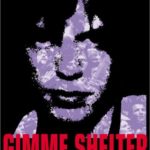 The Maysles Brothers unwittingly captured the end of the ’60s as they documented the Rolling Stones’s tragic 1970 free concert at Altamont, California. The backstage world of touring superstars and the logistics that go into planning an event that was to be attended by 300,000 people pales as the Hell’s Angels stomp an audience member to death while Jagger helplessly shrieks “Sympathy for the Devil.” Terrifying and electrifying film-making. 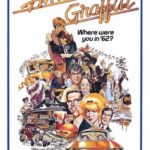 The bittersweet innocence of pre-Kennedy-assassination America is brilliantly captured in Lucas’ study of a night in the lives of the Class of 1962. Cruising in their hot rods, eating at Mel’s Diner, and listening to Wolfman Jack spin the latest platters draws a nostalgic pastoral with the shadow of Vietnam almost visible on the horizon. Academy Award Nominations: 5, including Best Picture, Best Director, Best (Original) story and Screenplay. A nostalgic look back at one night during the summer of 1962 in a small Northern California town. “American Graffiti” is set in the time just prior to JFK’s assassination, when the country still retained a sense of innocence and hope. The loosely-woven story revolves around a group of teenagers just out of high school, cruising the streets enjoying their last precious moments of summer freedom. Among the characters are a young man who plans to leave the next day to attend college in the East, another man who would prefer to stay at home with his girlfriend, and a somewhat older male who remains undecided about the course his life should take — even though he’s reached his early 20s. 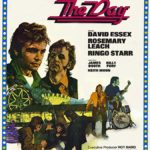 Abandoned by his father at an early age, Jim MacLaine seems to have inherited the old man’s restlessness. Despite his apparent intelligence, Jim decides not to take the exams that would pave his way to university. He lives, for a time, a life consisting of dead-end jobs and meaningless sex, before returning home to work in his mother’s shop. But still he can’t settle down; he begins to think that the life of a pop musician might be the thing for him. 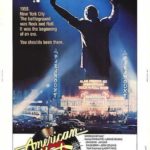 Director Floyd Mutrux has accomplished what many have claimed and few have evoked: the poetry of experience represented by rock and roll. The film is the tale of true-life ’50s disc jockey and rock icon Alan Freed, and the events that led up to his landmark Brooklyn concert. Tim McIntire delivers a powerful performance as Freed, and the film includes early appearances from ’90s sitcom queen Fran “The Nanny” Drescher and late-night gab guru Jay Leno. 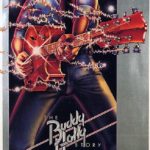 A powerful biography of ’50s Texas rockabilly phenomenon Buddy Holly who took his band the Crickets to the top of the charts before a tragic airplane accident ended his life. Portrays Holly as regular, hardworking type who struggles with peers and the music industry before he makes it big with the huge hit “That’ll Be The Day.” Also details the final events leading up to the plane crash, en route to Minnesota in a snow storm on February 3, 1959, which also claimed the lives of Richie Valens and the Big Bopper. 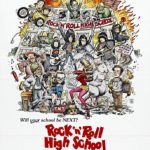 A group of rock-music-loving students, with the help of the Ramones, take over their school to combat its newly installed oppressive administration. 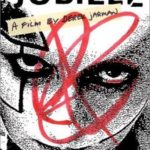 Queen Elisabeth I travels 400 years into the future to witness the appalling revelation of a dystopian London overrun by corruption and a vicious gang of punk guerrilla girls led by the new Monarch of Punk. Features Gene October, Wayne Country and Little Nell Jordan. 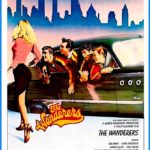 Set against the urban jungle of 1963 New York’s gangland subculture, this coming of age teenage movie is set around the Italian gang the Wanderers. Slight comedy, slight High School angst and every bit entertaining with its classic 1950’s Rock n’ Roll soundtrack such as “Walk Like a Man”, “Big Girls Don’t Cry” by The Four Seasons and “My Boyfriend’s Back” by The Angels. Focusing around a football game where the different gangs play with and against each other, then at its grand finale, come together in a mass of union to defend their honour and their turf. Nostalgic stuff and above all a Rock n’ Roll retrospective on a grand musical era. Timeless. Features tunes by “Dion,” “The Shirelles,” “The Four Seasons” and others. 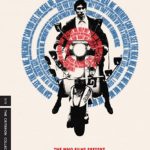 A film version of the classic rock opera about the gang battles between the Mods and the Rockers which took place in England during the mid-sixties. Music of Sting, the Police, Phil Daniels, and Leslie Ash is featured. In 1963 Britain, an alienated young man feels that he can only achieve a sense of identity and meaning in life through his gang and rock and roll music. 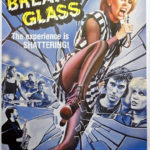 A bold contemporary musical drama which goes behind the scenes of the “new wave” music phenomenon. Hazel O’Connor plays the lead singer who wrote and performs the films new songs. Also featrues Phil Daniels (seen previously in Quadrophenia) as the band manager.