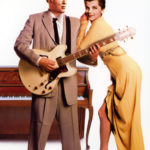 Orchestra manager Steve Hollis realizes that big-band music is dead. People want something new, but what? On their way to New York, Steve and his companion Corny, stop at a motel in a small place called Strawberry Springs. It’s Saturday evening, and a huge number of young people are going to the Town Hall to listen to a local band called Bill Haley and His Comets, playing a new kind of music called rock’n’roll. It is accompanied by a new way of dancing, led by the siblings Lisa and Jimmy Johns. Steve immediately recognizes that this could be what all America is waiting for. He convinces the band and the dancers to let him organize their nationwide breakthrough, and goes to New York to arrange bookings with the top agent Corinne Talbot. Corinne has for a long time tried to get Steve to marry her, but in vain. She now realizes that Steve is in love with the young dancer Lisa Johns, which makes her change her strategy. Corinne tries to stop the rock’n’roll group everywhere, but despite all her efforts they soon are a big success all over the country. And Lisa is smarter than Corinne.

Jayne Mansfield’s first starring role is as the outrageously voluptuous but tone-deaf girlfriend of a retired racketeer. He hires a talent agent to transform her into a movie star and they fall in love. High-voltage, candy-colored camp, by comic maven Tashlin, which features some great early rock and roll performances from The Platters, Little Richard, and Fats Domino. 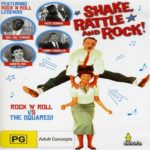 A group of concerned adults try to ban rock and roll music in their town because they think that the music promotes juvenile delinquency. It’s now up to a disc jockey and a hipster to defend the music in a televised trial. The movie also features several rock and roll performances, most notably from Fats Domino. 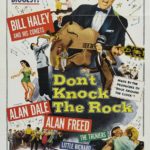 A disc jockey tries to prove to teenagers’ parents that rock ‘n’ roll is harmless and won’t turn their kids into juvenile delinquents. Features performances by stars such as Bill Haley and his Comets, Little Richard and the Treniers. 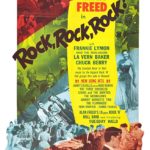 A young teenage girl (Tuesday Weld) desperately tries to earn enough money to buy a dress for a school rock and roll dance. This early rock and roll feature, the 3rd in a series of 5 starring Disc Jockey and Rock N Roll impresario Alan Freed, includes performances by artist Chuck Berry, La Vern Baker, Frankie Lymon and the Teenagers, The Flamingos, The Moonglows and The Johnny Burnette Trio. 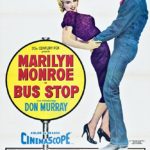 A naive but stubborn cowboy falls in love with a saloon singer and tries to take her away against her will to get married and live on his ranch in Montana. 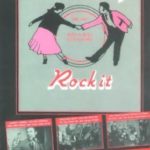 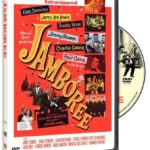 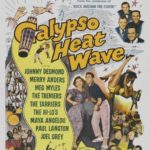 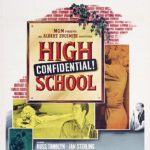 A tough kid comes to a new high school and begins muscling his way into the drug scene. As he moves his way up the ladder, a schoolteacher tries to reform him, his aunt tries to seduce him, and the “weedheads” are eager to use his newly found enterprise, but he has his own agenda. After an altercation involving fast cars, hidden drugs, and police, he’s accepted by the drug kingpin and is off into the big leagues. A typical morality play of the era, filled with a naive view of drugs, nihilistic beat poetry, and some incredible ’50s slang. 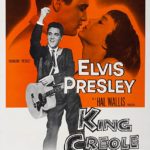 A rebellious young man takes a job as a nightclub singer to make ends meet, attracting the attention of a local crime boss. 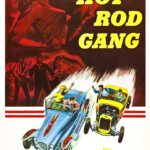 Kid who wants to enter his car in the drag races joins a rock band to make enough money to do it. Features perfromances by Gene Vincent & the Blue Caps.