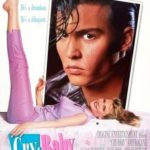 Wade is the coolest hood in his high school. His ability to shed a single tear drives all the girls wild, including the beautiful square Allison. Unable to resist, she soon finds herself drawn into his world of fast cars and Rockabilly music. Cult director John Waters goes mainstream — sort of — in this send-up of 1950s teen melodramas. Heart-throb Johnny Depp stars in the title role as a glamorous delinquent who heads a gang of hoods known as the Drapes. Trouble starts when Cry-Baby falls for a squeaky clean blonde from a rival group, the Squares. Their star-crossed romance sets off a rumble between the warring factions and Cry-Baby ends up doing time in reform school. Chock-full of rock ‘n roll and Waters’ usual cavalcade of eccentric celebrities, including Patty Hearst, Iggy Pop and former porn star Traci Lords. 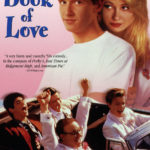 A disillusioned advertising executive takes a nostalgic look back into the pages of his high school yearbook, causing him to confront the joys and difficulties of dealing with his buddies, his foes, the girl of his dreams and the girl he should have married, his younger brother and his square suburban parents. A recently divorced man takes a trip down memory lane, and looks back with both nostalgia and remorse at his youth in the 1950s. Young and inexperienced, he relentlessly pursued the popular, blonde high school queen, while overlooking the warm-hearted girl who might have brought him true love and happiness.Marks the feature film directorial debut of Robert Shaye, the founder and CEO of New Line Cinema. Actress Tricia Leigh Fisher is the daughter of Connie Stevens and Eddie Fisher; she is Carrie Fisher’s half-sister. 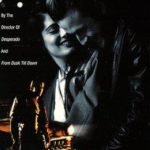 Made for TV movie starring David Arquette and Salma Hayek. It’s the wild story of a rockin’ rebel racing through life with a fast car, a loud guitar and a sexy girlfriend. But when a confrontation ends with deadly threats, this young rebel finds himself speeding head-on towards a showdown that will settle the score for good. The movie features a couple of cameo appearances by Johnny Reno. 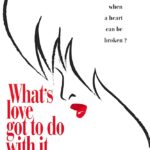 The true story of Tina Turner’s rocky road to stardom and her abusive relationship with domineering husband Ike. Outstanding, gutsy performances by the leads. Academy Award Nominations: Best Actress–Angela Bassett, Best Actor–Laurence Fishburne. 17-year old Anna Mae leaves the backwoods of Tennessee for St. Louis to be reunited with her stern mother and elder sister, Alline. One evening, Alline brings Anna Mae to the night club where a group led by singer-heartthrob Ike Turner plays. Ike makes a nightly ritual of passing the microphone around the dance hall and on one visit to the club Anna Mae grabs it and belts out a song. Soon Anna’s whole life is in Ike’s hands: he’s changed her name to Tina and taken total control of her singing career. Though he’s paternalistic and artistically demanding, she’s fascinated by his forceful masculinity, stylistic charisma and creative vision. But not long after their quickie Mexican marriage, things turn sour. Ike viciously abuses Tina, who, eventually struggles to free herself of his psychotic reign of terror. 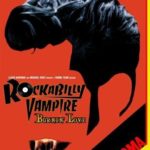 A woman obsessed with Elvis Presley is having problems with her job, her landlord and her landlord’s scummy son. One day she meets a man who looks and dresses just like Elvis. She immediately falls in love, but there’s one thing she doesn’t realize–“Elvis” is a vampire. 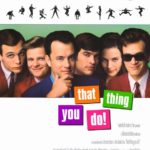 A local Pennsylvania band scores a one hit wonder in 1964 and rides the star-making machinery as long as they can, with lots of help from its manager.themselves riding a roller-coaster of success, guided by the opportunistic hand of a smooth-talking record label agent. Fun, cheerful, and innocent. Hanks’ directorial debut. Academy Award Nominations: Best Original Song (“That Thing You Do”). Set in the 1964 and steeped in Americana, this film chronicles the meteoric rise — and equally quick demise — of a music group called The Wonders. The talented musicians start out playing in neighborhood joints. That changes after they meet a shrewd record executive, who advises the boys on how to dress, act and sing. Soon their song, “That Thing You Do,” hits #1, and the group is on top of the world. 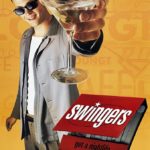 Hauling his sentimental friend out of his post breakup funk, a club-hopping swinger takes him on a hilarious odyssey through the dating game of the ’90s, hitting the Vegas strip, fashionable Martini lounges and other modern hunting grounds of the opposite sex. “Swingers” follows insecure Mike and smooth-talking Trent, two retro-hip, show-biz wannabes, as they make the scene at various clubs in Hollywood and Vegas. During their martini-fueled odyssey, the duo and their buddies explore an altogether new vernacular while struggling with images of machismo, self-esteem, relationships, and, of course, sex. Lead actor Mike Favreau based the script on his and his friends’ real-life Tinseltown adventures. 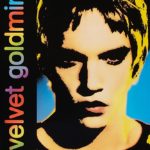 Don’t go into this one expecting a historically faithful account of England’s Glam Rock era of the seventies and everything will be fine. That understood, sit back and enjoy director Haynes’ electric, visual feast. Reality loses itself in drug-induced musical montages, blurring the line between the two. The plot, concerning a reporter who is called to uncover the “truth” behind the disappearance of rocker Brian Slade, is insignificant to the overall experience. The equivalent of cinematic acid. Sandy Powell’s decadent costumes were nominated for a 1998 Academy Award. 1971: Glam Rock explodes ont to the world scene in a blaze of glitter and guitars. At its centre, the flamboyant Brian Slade. Together with outrageous American rocker Curt Wild, they challenge conformity and take on the world! 1974: Suddenly at the height of his career, Slade decides to fake his own death on stage. The stunt backfires and he is never seen again. 1984: It’s the 10th anniversary of Slade’s disappearance and journalist Arthur Stuart is sent out to expose the truth behind the myth. Controversial and explicit, Velvet Goldmine takes you on a journey into Rock ‘n’ Roll excess. Back to the Stardust ’70s. Back to the sights and sounds of the Glam era. Back to a time when anything goes! The soundtrack features material by David Bowie, Lou Reed, Roxy Music and Marc Bolan, to name a few.