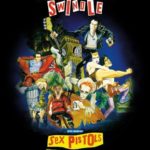 One of the funniest, pithiest rock films ever made with its own particular brand of a serio-comic chaos. A mock-machiavellian mock-rockumentary masterpiece. Songs include: “God Save the Queen,” “No Feelings,” “Pretty Vacant,” “My Way,” “Rock Around the Clock,” and many others. 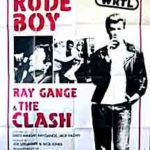 A roadie for a punk rock band (The Clash) descends into deepening alienation. The sensational true story of the rise to fame of post-Sex Pistols band The Clash. The epic film that foretold the future of Britain in the 80’s. Featured tracks include ‘I Fought The Law’, ‘White Man In Hammersmith Palais’, ‘Garageland’, ‘London’s Burning’ and ‘Complete Control’. 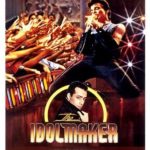 A young songwriter from the Bronx who doesn’t have the looks to be a teen star himself, transforms others into rock legends. He’s the “Idolmaker.” Based on the career of Bob Marcucci who created teen idols Frankie Avalon and Fabian. “The Idolmaker” is a brutal exploration of the creation, manipulation and destruction of teen idols and their audience in the late 1950’s and early 1960’s. A close look will reveal a parallel between the lives of the fictional Tommy Dee and Caesare with real life stars Frankie Avalon and Fabian. Talent is an after thought, in a world where appearances are all that matter. 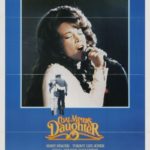 The story of Loretta Lynn, the queen of country music, traces the highs and lows of her career from backwoods Appalachia to stardom at the Grand Ole Opry. Academy Award Nominations: 7, including Best Picture, Best (Adapted) Screenplay. Academy Awards: Best Actress–Sissy Spacek. 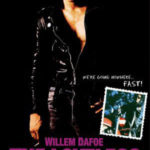 A group of reckless bikers, on their way to the Florida cycle races, stop for lunch in a small town diner. There they wreak general havoc, and as night falls, the local townspeople make plans for revenge. Kathryn Bigelow made her feature film debut as a director with this stylish homage to the 1954 classic “The Wild One.” Trouble ensues when a motorcycle gang stops in a small southern town while heading to the races at Daytona. Leading the gang is the tough, unemotional Vance, who becomes attracted to Telena, a pretty young local girl. The bikers also include Debbie, a blonde who proves to be just as tough as the guys in the gang. Bigelow and co-director Monty Montgomery concentrate more on character and mood than plot, and have included a lot of rockabilly music throughout the film. Soundtrack includes Robert Gordon, who also appears in the movie. 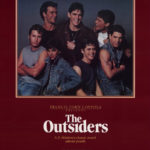 The Outsiders was the film that launched a new generation of actors. Together they would become know as the ‘brat pack’, and dominate the box office over the next decade. Directed by Francis Ford Coppola, it was made back to back with Rumblefish, and has achieved the same cult status. The story, set in the sixties, centers on the conflict between two gangs in the town of Tulsa, Oklahoma. One, known as the ‘Socs’,are rich middle class kids, living on the south side of town. On the north side are the ‘Greasers’ who have nothing but each other and the hatred for the ‘Socs’. One night their on going feud results in murder and two ‘Greasers’ Pony Boy Johnny go on the run. 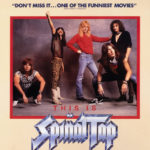 A brilliant, documentary-style satire of a has-been Heavy Metal band trying to make a comeback but succeeding only in looking vain and ridiculous. Includes the video “Bitch School” from the album “Break Like The Wind.” see “Return of Spinal Tap,” the 1992 sequel. Rob Reiner’s hilariously deadpan mock rockumentary about an imaginary heavy metal band hitting the skids during their U.S. tour. Shot in faux cinema verite-style, the film subtly lampoons just about every rock ‘n’ roll cliche (and every rockumentary cliche) in the book as it follows these fallen rock idols from one increasingly disastrous gig to another. Michael McKean, Christopher Guest and Harry Shearer impersonate the dinosaur rockers, performing mega-hits such as “Hell Hole,” “Sex Farm,” and “Smell the Glove” in between interviews in which they babble pretentiously about their “artistic vision.” 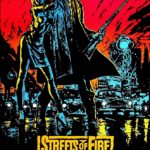 Beautiful young rock singer Ellen Aim is kidnapped off stage by a motorcycle gang. Her manager then hires a young adventurer to help him rescue his client, but what he doesn’t realize is that the man he hired was once Ellen’s boyfriend. “Listen, skirt, let me make it simple for you — take a hike!” Romance and violence collide in this rock ‘n’ roll fantasy set against a background of highly stylized urban decay. A sexy female singer is kidnapped by a gang of vicious bikers and her cool, laconic ex-boyfriend must come to her rescue. The pounding soundtrack features songs by Stevie Nicks, The Blasters, Ry Cooder and others. 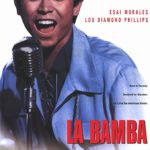 This is the biography of Ritchie Valens, a young Mexican/American whose talents as a rock and roll singer catapulted him from the obscurity of a farm laborer obsessed with music to stardom at the age of seventeen with a string of pop hits still popular today. A film biography of Mexican-American musician and singer Ritchie Valens, a one-time fruit picker who became a rock-and-roll legend. The story covers his early career (when he scheduled gigs in between high school classes); his romance with blond, WASP-y Donna, the namesake of one of his pop hits; and the ill-fated national tour he played with Buddy Holly and the Big Bopper. 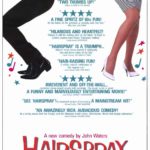 It’s 1962 and Tracy Turnblad has the biggest bouffant on the block. She also has all the right moves to be on the local dance show and win the crown of Miss Auto Show, as well as the ex-steady of the snooty reigning princess, Amber. But Amber is not too happy and has other plans for Tracy. Baltimore, 1962. Rotund, energetic teenager Tracy Turnblad desperately wants to shake her stuff on TV’s hip dance program “The Corny Collins Show”. And she not only gets her wish, she lands the cutest guy on the show! Tracy’s cool dance moves and winning personality immediately turn her into a local celebrity, and she even lands an endorsement contract. However, it also makes her the adversary of prissy, competitive fellow dancer Amber Von Tussle, whose mom and dad are truly the ultimate stage parents. Tracy’s and Amber’s rivalry leads to “explosive” results when both compete in a wacky pageant. More importantly, Tracy learns a few things about race relations when her best friend Penny becomes involved with a black man. She witnesses the way whites use black music for fun and profit, yet exclude blacks from even the most benign activities — such as TV dance shows. Cast includes Debbie Harry, Divine and Sonny Bono. 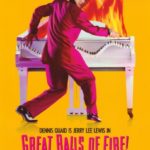 The explosive story of the meteoric rise of rock and roll’s most daring living legend. Features the songs and escapades that catapulted him to the top of the charts, as well as his controversial third marriage to his 13-year-old cousin, which almost destroyed his career. Film biography of rock ‘n’ roll hell-raiser Jerry Lee Lewis, concentrating on the years 1956 to 1959, when Lewis rose to stardom. It was also during this period that Lewis married his third wife Myra, who not only was his second cousin, but only 13 years of age at the time. This action nearly killed Lewis’s career, and the uproar and controversy created by the wedding while they were in England forced Lewis to cancel his tour. Other aspects of Lewis’s life are examined, including: his relationship with his brother, evangelist Jimmy Swaggart; his competition with Elvis Presley; and how his “devil music” was inspired by what he saw and heard at black dance halls. The score contains many of Lewis’s songs, among them “Whole Lotta Shakin’ Goin’ On”, “Real Wild Child”, and a rather fiery rendition of the title tune.