(Welcome to our house) 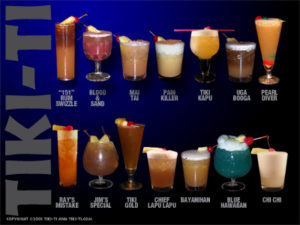 The world famous TIKI-TI (pronounced: tea-key-tea) is a family-owned and operated Tropical Drink Bar located in Hollywood (Los Angeles), California. They have been serving up the most unique Tiki Drinks in the country for over 50 years.

When you step into the Tiki-Ti, (some call it the Tiki, the Ti, or sometimes the Tik) it’s almost like stepping back in time. The bar is small — only 12 stools, with a handful of tables against the walls — but what it lacks in physical size it makes up for in menu size. There are 94 Tropical Drinks on offer, most of which simply can’t be found anywhere else.

The bar was opened in 1961 by master mixologist Ray Buhen, who was there at the start of the Tropical Drink craze at Don The Beachcomber’s legendary restaurant. His son and grandson, Michael and Mike Buhen now carry on his tradition; together, they practice the “Lost Art” of Exotic Cocktail mixing in the last of the great neighborhood tiki bars.

A short history of the Tiki-Ti by Jeff “Beachbum” Berry 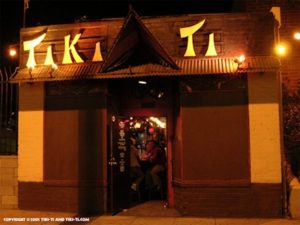 In 1937, Don The Beachcomber’s tropical drinks were the toast of the town. And Ray Buhen was mixing them. For the next 24 years, Ray would ply his trade in many of L.A.’s other legendary tiki bars. There was the Seven Seas in Hollywood, which featured the sound of “rain on the roof” courtesy a long-playing sound-effects LP; the Luau in Beverly Hills, where movie Tarzan Johnny Weismuller was known to dive into the waterfall lagoon; and the Palms in Anaheim, which featured a mini-zoo of exotic animals — inside the dining area.

Customers in all these places couldn’t get enough of Ray’s mixing skills … but Ray couldn’t get the credit he deserved from his employers. So in 1961, instead of having others exploit his knowledge, Ray decided to exploit it for himself and open a bartending school.

Fortunately for Los Angeles, Ray’s father-in-law convinced him to open a bar instead. With the help of his wife Jerri, Ray turned his father-in-law’s tiny violin shop into a tropical paradise of tapa cloth, rattan, fishing floats and puffer-fish lamps. And on April 28, 1961, the Tiki-Ti was born. One by one, the famous places Ray worked disappeared over the years; but the Tiki-Ti not only prospered, it grew famous in its own right. Now Ray has passed on, but his son Mike and grandson Mike continue to practice Ray’s art, serving his top-secret potions to an ever-increasing customer base … who come not just to drink great tropical cocktails, but to drink in history itself. And history is everywhere in sight: On the walls and ceiling, which are partially covered with placards signed and dated by long-time regulars; behind the bar, where shelves groan under the weight of tropical souvenirs from around the world, donated by customers over the last four decades; and especially on the menu, which features all the classic tiki drinks, some originated back in the 1930s.

Chief among these drinks is the Zombie, Don The Beachcomber’s most famous creation (invented in 1934). Ray’s secret recipe is about as close as you’ll ever get to tasting the original. Other Beachcomber drinks include the Vicious Virgin, the Missionary’s Downfall, the Montego Bay, the Doctor Funk, and the Shark’s Tooth. Ray invented drinks too, most famously the Blood And Sand (see accompanying video), which he created for Tyrone Power after Power starred in the movie of that name. Mike and Mike have also added their own addictive recipes, raising the drink-menu total to over 80 different choices.

Most of these drinks are rum-based, simply because back when the tropical drink craze started after prohibition, rum was the cheapest liquor available. It also mixed well — a little lime, a dash of pineapple, and a pinch of sugar, in combination with a few or many more flavorings, and originators like Ray could invent a slew of new potions to rival the old-school cocktail favorites of the 1930s, which were made largely with whiskey and gin.

The Tiki-Ti menu does feature some non-rum classics as well, such as the gin-based Singapore Sling (from the early 1900s), or the vodka-based Chi-Chi (1940s). Other drinks feature not one but several different base liquors, notably the ever-popular Blue Hawaii, and the strongest drink on the menu, the Stealth.

Whatever your preference, the Tiki-Ti is sure to please. So welcome … and Okole Mahuna! 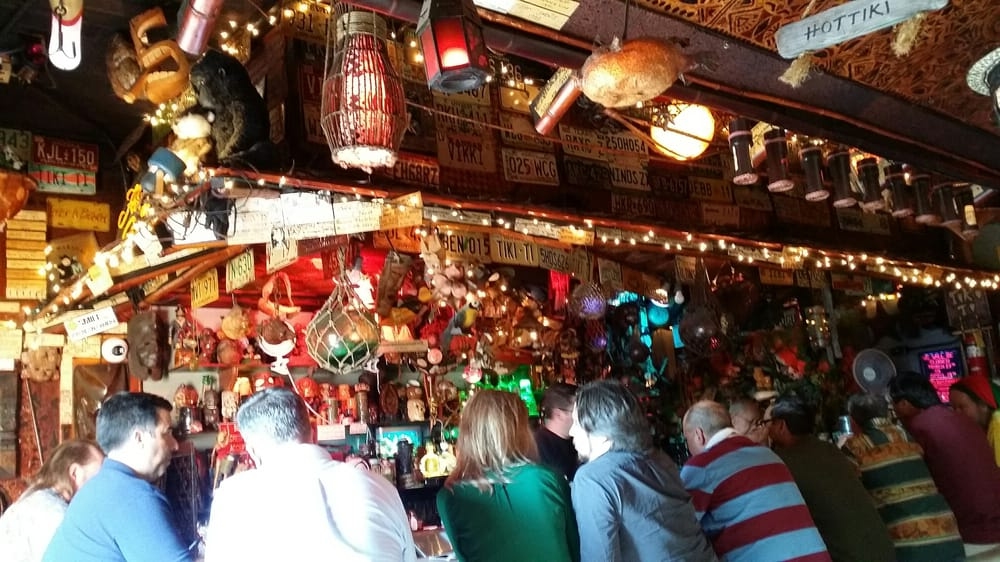