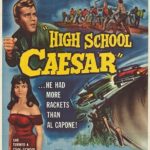 Matt Stevens is the big man at high school. He sweats the students for protection money, acquires copies of tests for a fee, and has rigged the votes so he can beat Kelly in the election for student president. Aside from his anointed acolytes, Matt is almost universally despised. His parents are obscenely rich and spend their time travelling in Europe rather than giving him the parental guidance he needs. Things begin to get ugly when some of the teens resist his power and show Matt up at the drag race. 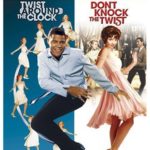 Agent Cronin tries to book Twist performers; of course, by the finale, the dance is the rage of America. Dion, however, performs “The Wanderer” and “Runaround Sue”. This was a remake of Rock Around The Clock. Features Chubby Checker, Dion, the Marcels, Vicki Spencer, Clay Cole John Cronin and Mary Mitchell.

Many twist dancers’ meet in preparation for the TV variety show called “The Twist.” While the special is still in the production stages, jealousies lead to problems – and a whole lot of dancing. 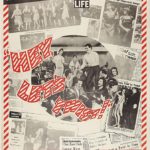 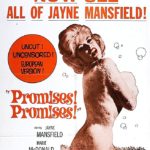 One of Jayne Mansfield’s last films and certainly the most unrestrained. After a drunken spree on a cruise ship, two women discover that they’re pregnant, and set out to find who the fathers are. 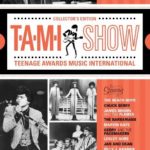 Surf pop duo, Jan and Dean host this showcase of performances by well-known Rock, R&B, and pop stars of the era. Features the Rolling Stones, James Brown, Chuck Berry, Marvin Gaye, the Supremes, Jan and Dean, Gerry and the Pacemakers, Smokey Robinson and the Miracles, Leslie Gore, Billy J. Kramer and the Dakotas. 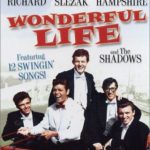 (Also known as “Wonderful Life”) A group of (literally) drifting popsters find themselves involved in a grim sand-and-sandals desert movie. They reckon a few song-and-dance numbers would liven things up. Features Cliff Richard, the Shadows, Susan Hampshire and Walter Slezak. 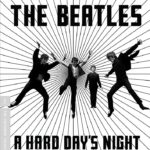 A day in the life of the Beatles as they perform on a live television show. Filmed just a month after their appearance on the Ed Sullivan Show in February 1964, this film introduces us to the personalities of the Beatles. 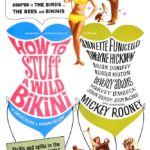 Frankie, on naval-reserve duty in Tahiti, doesn’t trust Dee Dee to stay faithful, so he hires Bwana, a witch doctor, to help. Bwana conjures up a floating bikini, “stuffs” it with Cassandra, and sends her to distract advertising executive Ricky from Dee Dee. Comedy great Mickey Rooney makes a cameo.

On a college ski weekend, Todd and Craig pretend to be Jane and Nora, a pair of English girls. Their reasons? To meet girls, and to learn to ski. Along the way, Lesley Gore shows up on the bus to sing “Sunshine, Lollipops, and Rainbows”, and James Brown and the Famous Flames appear at the lodge to sing “I Feel Good”. 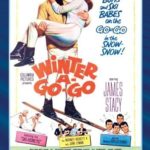 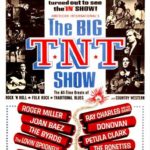 The follow up to the T.A.M.I. Live performances by some of the top rock-and-roll acts of the mid 60s. Includes Ray Charles, The Byrds, Joan Baez, Ike and Tina Turner, Donovan, The Lovin’ Spoonful, and several more. 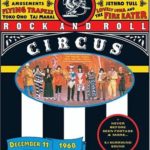 Originally filmed in December 1968, “The Rock and Roll Circus” was originally intended to be released as a television special. The special was filmed over two nights and featured not only the Rolling Stones but The Who, Jethro Tull (with future Black Sabbath guitarist Tommy Iommi filling in for the recently departed Mick Abrahams), Marianne Faithful and an all-star jam featuring John Lennon, Eric Clapton, Keith Richards and Mitch Micthell. Sadly, this also marked the final appearance of the Stones founder and original guiding light, Brian Jones, who would be dead within six months after filming the special.